If You Could Be Any Disney Villain Who Would You Be? -A New Money Girls Short

The restaurant was loud. Not with speech. Brunch had barely begun. Only the first glass of mimosa, Bloody Mary, or whatever craft brunch cocktail the bartender thought was clever were poured. No, we were still in that magical hour where you could hear the music. Some blend of dance and techno. O’Shea called it “money music”. The type to make an older crowd feel cooler and a younger crowd feel at home. The kind that boosted energy and made you want to part with money you were sure you didn’t need.

The space was large. The ceilings high enough to provide acoustics for an opera. Our table was small. The banquette that wrapped around our table was covered in periwinkle velvet. It should have been tacky. I would not have cared if it was. It was so soft. I dug my nails into it. I shifted my thighs over it and tried to find the right amount of pressure to fuse the velvet to my spine.

The space was large. Our table was small. I liked it that way. I could smell the champagne in our glasses and on Nadia, Delia, and O’Shea’s breath. I could see their eyelashes flutter and the shimmer of the powders dusted over their cheeks. I could smell our perfumes. O’Shea’s more masculine. Nadia’s delicate. Delia’s straightforward. And mine. A seduction tactic.

I could see the gleam of their teeth when we laughed and the confusion on their faces.

“If I could be any what?” Delia rolled her eyes.

“Keep rolling your eyes like that, and they’re going to get stuck that way,” O’Shea said.

Delia stuck out her tongue. “Shut up, Mom.”

I laid my hand on O’Shea’s arm. “What type of villain?”

“Disney.” She smiled at me. She always saw through my attempts at subversion. “I’ve been thinking about it and I can’t figure out mine. I mean, I think I have, but I’m not sure.”

“He was tall, intelligent, hot, and he just wanted money, power, and for people to stop questioning him. I pick Jafar,” Delia said.

“You asked. I answered. And we all know I don’t bone for free. Don’t get cute, hoe.” Delia wagged a finger at O’Shea.

There was laughter. Big and warm and softer than the fabric under my fingers.

“I was not allowed-“

“-to have an American childhood,” Delia interrupted me. “Not a bad thing. You missed a lot of brain washing.”

“I was not exposed to a certain type of brainwashing,” I said.

“The step mother? I mean…this is a judgment free zone but…The lack of originality and personality is surprising,” O’Shea said.

“Not the step mother. Cinderella. I may be toiling away now, but I’m going to run things very soon.”

“Nadi,” O’Shea’s voice was soft. She enunciated every syllable. “I asked about villains.”

“Ursula.” O’Shea swept her locs over her shoulder.

“Wrong reaction. Think about it. She’s got the best makeup and wardrobe of any of the villains.”

“And the contour was crisp. Cheekbones sharp enough to cut paper. Red lip is immaculate. And she’s like banished but not banished, banished. More like chilling on the outskirts of town. And King whatever his name is with the trident hates her. Passionately. For no real reason. Just says she’s dangerous. But not dangerous enough to make sure his own fucking daughters are safe from her. What does he sound like?”

“A man that can’t get his dick wet for free?”

O’Shea pointed at Delia. “You see through the Disney conspiracy. They were probably hot and heavy and then Ursula is like ’nigga, if I’m not gonna be queen, you ain’t getting in this sorceress pussy. Get off my tentacles.’ He gets pissy. She goes. And of course she wants the throne. Men are irresponsible rulers. She was probably going to restructure the government and close the wage gap after she showed him why she wasn’t the one or the mother fucking two.”

“He did ignore his kids,” Nadia murmured. “Wait. Is this a real conversation? Are we, a group of grown women, really having this conversation?”

We looked at each other and burst into laughter.

Are You More into Looks or Brains? – A Super Short New Money Girls Short

A Black Girl Goes to Hogwarts 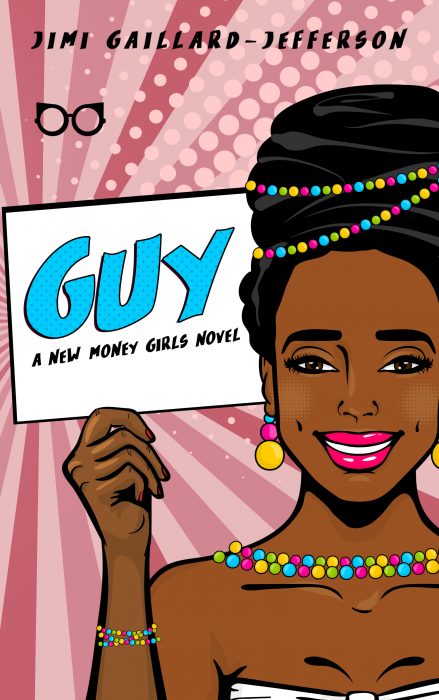 Make Sure You Don’t Miss Anything!