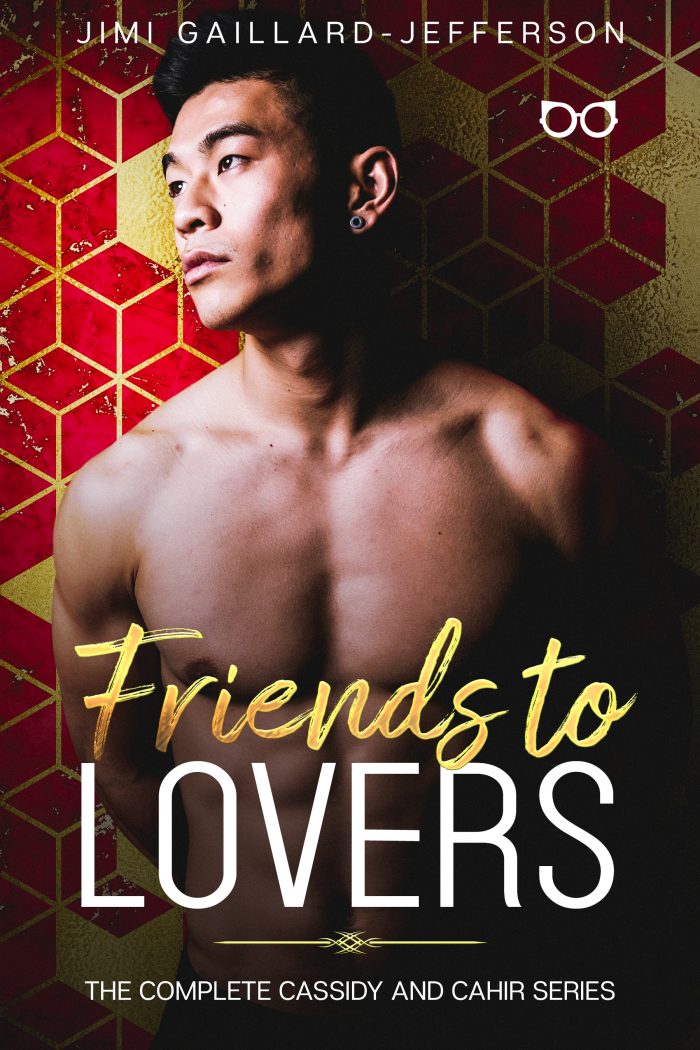 Friends to Lovers: The Complete Cassidy and Cahir Series

Cassidy and Cahir and the Ex that just won’t quit…

All three of the Cassidy and Cahir novels in one place.

They were friends. Just friends. Until he said something to her. Then they became so much more…

Stylist Cassidy is done with men. Her last boyfriend hid a wife and two kids from her. Better to be alone. Or so she thinks until Cahir becomes her client. Cahir, the one man that is absolutely off limits. She could lose everything, her career, her new friends, her heart. Better to be friends. Even if they do see eye to eye. Even if he understands her better than anyone ever has.

Cahir’s not free to give anyone his heart.

Tech billionaire, Cahir is, thanks to his ex, broken in a way no one understands but Cassidy. Every minute he spends with her he feels whole, normal, like he can breathe again. Until the day that he can’t see Cassidy as a friend anymore. And she may have given him the perfect opportunity to show her how good being more than friends could be.

Can Cahir fall for Cassidy when his ex refuses to let him go and has a secret that could ruin everything?

Better than Your Ex:

She thought she could walk away from their relationship-their friendship. He’s going to show her that just isn’t possible…

Cassidy stood in an elevator with the truth- she’s in love with Cahir- and her worst nightmare- his ex is pregnant with his baby. She does the only thing she can: she runs. But it isn’t so easy to leave the best relationship and friend she’s ever had behind. Not when he’s willing to do anything to get her back.

Cahir can’t believe it. His ex, Zion, said she wouldn’t let him go, that they’d always be connected, but he didn’t expect this. Not when he’d finally gotten his life back on track. Not when he finally has Cassidy. Everything changed when Cassidy left him. But he won’t let go of what they had and what they could be.

When everything seems broken beyond repair, Cassidy and Cahir learn what it means to fight for their love and if they have what it takes to save it.

From friends to lovers to so much more…

A mother. Cassidy never thought that would be where she and Cahir went next but he’s always felt like family and home. Why not?

Cahir has found bliss. He has everything he ever wanted. For a while. Until he realizes that Cassidy is doing everything she can to push him away, to hide from him. He’ll fight for them. He’ll always fight for them. But if he loses&nbsp;he doesn’t just lose his best friend. He loses his his family.